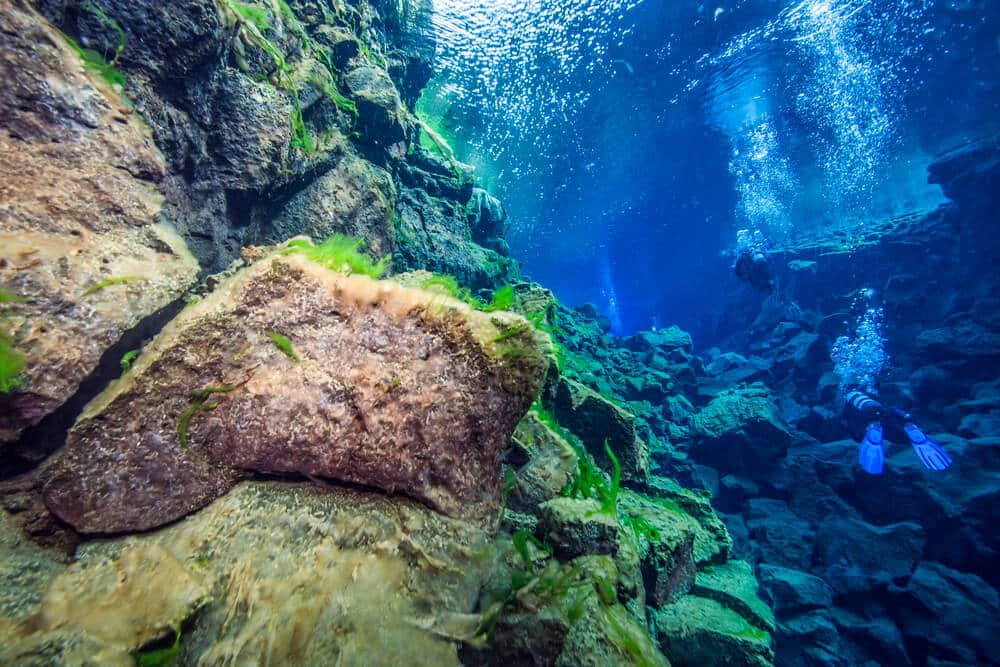 Iceland’s natural landscape provides numerous opportunities to experience some much-needed thrill. From exploring the whale population to scaling the volcano peaks, the list of outdoor adventures in Iceland you can do just goes on and on.

Aside from taking the highly-recommended Golden Circle tour and the Ring Road, here are the best 6 outdoor activities that you must put on your to-do list when you visit the Land of Fire and Ice.

You didn’t think we would talk about adventures in Iceland without mentioning whale watching? Well no, we are in no mood to commit this crime!

The cold waters of the country appeal to different marine lives, and undoubtedly, whales are the most popular among them. Hence, it doesn’t come as a surprise that Iceland has become one of the top destinations in the world for whale watching. A large chunk of the country’s tourism revenue originates from this activity.

The best time for whale watching in Iceland is during the summer months of April to September, when you can spot different species like humpback whales, sperm whales, orcas, and fin whales, among others.

Not only that, but you also have the rare opportunity to spot blue whales, which migrate to this part of the world in search of a better habitat during summers. Plus, dealing with the cold water breeze becomes easier when the temperatures are higher than usual.

As such, whale-watching tours operate from almost all over Iceland, but Reykjavik, Akureyri, and Husavik emerge as the most popular spots. You can choose guided whale-friendly tours from these regions, which give you the best chance to spot the different whale species from a close (yet safe) distance.

However, if you’re feeling a little more adventurous, consider braving the cold and taking a tour in the winters amidst the snow-capped mountains and possibly, the majestic Northern lights!

For many of our readers, the term “adventure” is synonymous with hiking, and we don’t want to disappoint them. So, if you’re a hiker by heart, don’t forget to check out the Krafla Fires caldera in the Myvatn region of Northern Iceland.

A series of earthquakes from 1975 to 1984 cracked open a volcanic fissure near this caldera to spit out lava and fire over the surrounding stretch. Although the lava isn’t visible anymore, you can well see and feel its “imprint” in the neighboring landscape.

For instance, you could be standing in feet-deep snow and touching the black patch of ground that’s still warm from the lava. This is surely one of the many adventures in Iceland you wouldn’t want to miss out on! Moreover, the path is adorned with natural thermal pools, steamy openings, and solidified lava rocks, which makes you feel close to nature like nothing else.

But the best part of this hike is a visit to the “Pit of Hell,” which is yet another creation of mother nature. It’s a massive crater formed by a large-scale volcanic eruption sometime during the early 1700s. With a diameter measuring more than 980 feet wide, this crater is nicknamed “Viti” by the Icelandic population- a word that literally translates to “hell.”

Interestingly, it’s also one of the most beautiful spots in Iceland, as the crater is filled with crystal clear turquoise water, making it a sight to behold. One of the best hikes and adventures in Iceland, we say, but watch your steps to avoid stepping onto something dangerous.

3. Snaefellsjokull—traveling to the center of the Earth

Now, you may be wondering how we can possibly refer to the famous fictional novel Journey to the Center of the Earth by Jules Verne while talking about Icelandic adventures. But Snaefellsjokull will make this a reality.

For the unversed, Snaefellsjokull is a 700,000-year-old glacier-capped stratovolcano situated on the western part of the Snaefellsnes peninsula. You may even spot it from over the Fax Bay in the capital city of Reykjavik.

Arguably the most popular of all the volcanoes in the country, Snaefellsjokull rose to fame only after being featured in the movie made on the above-mentioned novel. But people were still scared to visit this iconic landscape. After all, the thought of entering the Earth’s core can be nightmarish for most people.

However, it wasn’t the volcano’s scary perception that kept people away from it. It was all because of a local myth prevalent till the 19th century suggesting that this volcano was, in actuality, a doorway to hell.

All this changed when one man decided to trek up the volcano, only to discover the mesmerizing view of the country from atop. And today, it’s one of the most popular hiking destinations in the country.

4. Scuba diving in Silfra—one of the best outdoor adventures in Iceland!

For a country that’s famous for its marine population and natural landscapes, including scuba diving on the list of adventures here was a no-brainer.

Most people don’t know that the towering volcanoes and majestic mountain peaks in the country can be credited to its strategic position on the rift between the tectonic plates of North America and Europe. The underwater landscape isn’t an exception either, meaning you can get the unique opportunity of swimming between these tectonic plates. How’s that to get the adrenaline rushing?

The best location to experience this is the Silfra Fissure, located in the middle of the Thingvellir National Park, which is among the top destinations for diving in Iceland and the rest of the world.

Although the crystal-clear water remains cold throughout the year, it has a visibility of more than 300 meters. This gives you the perfect opportunity to take a closer look at the awe-striking underwater landscape full of land slopes, caves, caverns, and lava structures formed over millions of years in the region.

Rafting activities are easily among the most preferred outdoor activities for adventure lovers, and you will often see tourists with little to no experience getting on rafts in Iceland. Sure, the waters are cold year-round, but all that adrenaline pumping through your body will negate the low temperatures in no time.

The Hvita River (located about an hour from the Reykjavik Arctic adventures) is a go-to for white water rafting activities. It flows by the breathtaking Bruarhlod canyon and the neighboring Geysir, giving you the best location to catch a glimpse of these scenic natural landscapes.

Some rafting companies also allow tourists to cliff jump into the (nearly) ice-cold Hvita river and warm themselves up with sauna sessions and beer once the activity concludes.

If you aren’t particularly interested in water-based activities, then a jeep ride in Porsmork will definitely provide the right dose of adventure for you. And no, it isn’t a standard open-jeep ride.

The heavy-duty jeeps that take you through Porsmork, a valley covered in forest and tucked between three glaciers, are specially built for the rugged terrains of this region. They are designed to run on the rough grounds of the glaciers, steep inclines, as well as the rapidly flowing Krossa river while ensuring the safety of the riders.

According to a popular legend, Porsmork is the home to the Nordic God of strength, Thor, and the rough terrains of the region fully justify this.

At the same time, it’s covered by over 150 species of flora, which “softens” the landscape to make for a scenic view. Some people consider this to be a representation of the softer side of Thor, who is also known as the God of “healing and fertility.”

We’d suggest going for a two-day trip here so that you can also visit the Seljalandsfoss waterfall and lava caves of the Blue Mountains.

Ready to plan your trip to Iceland now? We bet you are! But before we leave you to it, here are a few words of advice.

We’d strongly recommend booking reputed guided hiking and whale watching tours to maximize your safety. This way, you can rest assured about not getting lost and following the required guidelines. Hence, you may want to do some research in advance to go with the best adventure tour companies.

Would you be interested to do any of these adventures in Iceland? 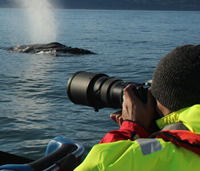 For the last 17 years, Niels Thomas has been working as marine mammal specialist and wildlife expert. With his work he focuses on aquatic wildlife conservation in Iceland. Protecting whales, dolphins, seals, and manatees and educating the public has always been a top priority for him.